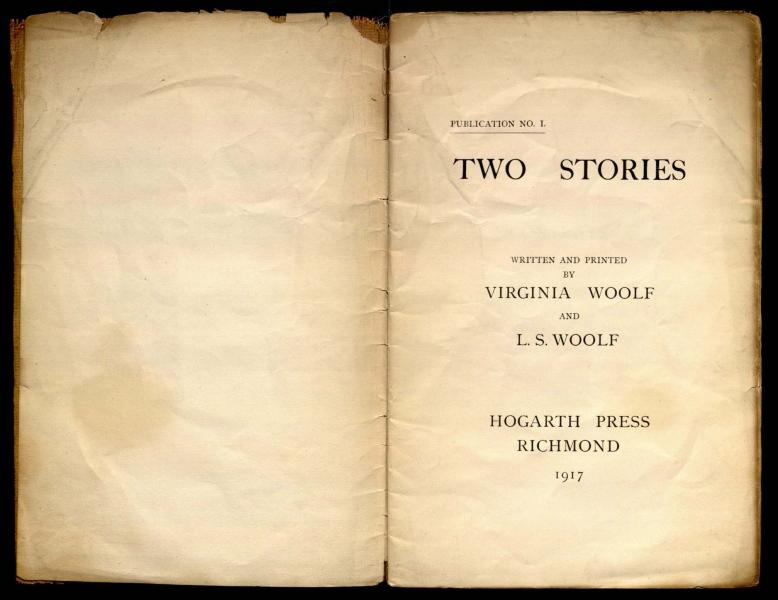 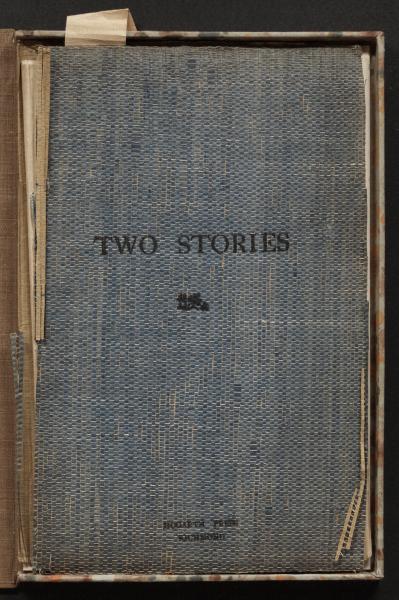 Source: E. J. Pratt Library at Victoria College in the University of Toronto

This first literary publication by the Press consists of a story by Leonard, called "Three Jews" and another by Virginia, "The Mark on the Wall." As the first book produced by the Press, Two Stories has received a great deal of critical attention since it embodies the collaborative effort between the Woolfs that formed the Press's reputation. It contains four woodcut illustrations by Dora Carrington, who is not credited on the book itself. It also embodies a complete circuit of production undertaken by the Woolfs, everything from the writing of the stories to the making of the books. Leonard did the presswork and Virginia the typesetting, and it is this publication that has given rise to the popular understanding of the Press as a venture. 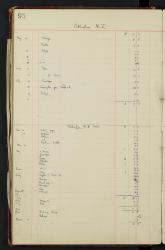 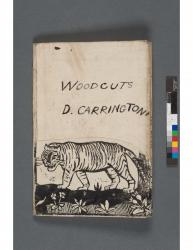 A small notebook of woodcuts, including several personalized bookplates, by the artist and Hogarth Press affiliate Dora Carrington
Previous Pause Next