dust jacket of "The Triumphant Machine"

An autobiographical account of what Fox calls "machine civilization," or life as an industrial worker, The Triumphant Machine details the difficulty of factory working conditions and describes the effect on humanity. The introduction by H. N. Brailsford authenticates the account by suggesting that it is a book written "from the standpoint of a man who spent many years of his life as apprentice and journeyman in an engineering workshop, Mr. Fox attempts in this little book to discuss what is, perhaps, a fundamental problem of our civilization." Fox himself suggests that the working classes are denied beauty and denied childhoods, and his own conclusion is that if this is the machine age, the working classes themselves are the machines since "the demands of personality are hidden by the demand for output." The other two autobiographies published by the Press have similar focuses. Fox was also a well-known labour historian and historian of Irish politics. 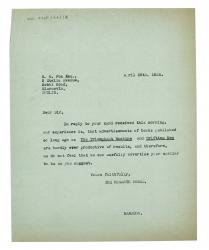