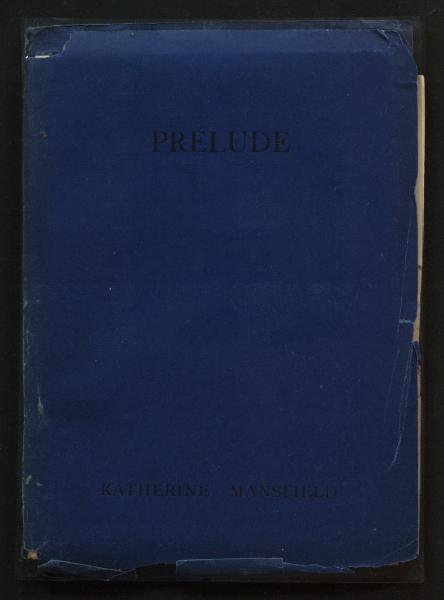 The first UK edition of Prelude was the second literary publication of the Hogarth Press and was hand-printed by the Woolfs as a stand-alone pamphlet in 1918. The single story was later included in Mansfield's collection Bliss and Other Stories, which was published by Constable in 1920. The cover illustration was a matter of some disagreement. Mansfield provided a block (by the artist J. D. Fergusson) that the Woolfs strongly disliked, so they printed some copies with it and some without. For more on this episode in Prelude's publishing history and on Mansfield's discussion of the publication of the story at the Hogarth Press, see Jennifer Sorensen's Modernist Experiments in Genre, Media, and Transatlantic Print Culture (Routledge 2017) pp. 239-242.