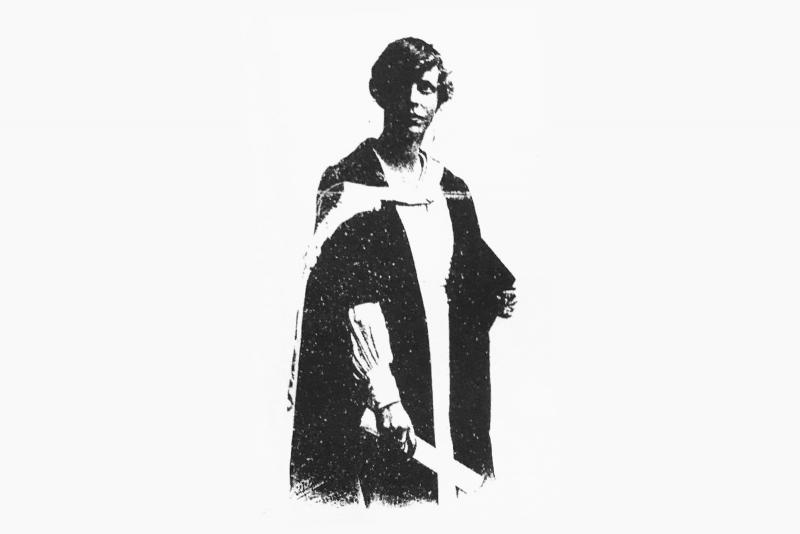 Margaret Stevenson Miller was born in 1896 and was not only a scholar, but also one of the pioneers for the fight against legislation preventing married women from retaining their jobs. Miller attended Edinburgh University, where she received her Masters degree and Bachelor’s of commerce. She later went on to study economics and philosophy at the University of London and became the first recipient of a Ph.D. at the same university in 1925. Miller was primarily concerned with the state of commerce in the USSR. She published extensively on Russian economics and was regarded as a specialist on Soviet Russia in the UK and the US. She traveled not only to the US, but also to Canada, Poland, and the USSR on errands concerning her interest and work in USSR commerce. From the years 1925 to 1934, Miller served as a lecturer at the University of Liverpool, specifically in the Department of Commerce. In 1926, Miller’s first book, The Economic Development of Russia, which discusses the development of Russian economics from the years of 1905 to 1914, was published by Frank Cass and Company Limited. After lecturing for seven years, Miller met and married her colleague, Charles Douglas Campbell, in West Derby, Lancashire, England. In accordance with the marriage ban in place at the University of Liverpool, Miller’s position was jeopardized because of her new status as a married woman. Miller became affiliated with women’s equality rights groups who assisted her in battling the University of Liverpool for her right to teach. These groups included the Six Point Group, of which she was a member, as well as The British Federation of University Women.

Despite her effort and the support she received from women’s rights groups like the Six Point Group, Miller was demoted to an ungraded lecturer. Despite the hardships she faced in her professional life, Miller co-authored Financial Democracy with her husband. In 1933, the Hogarth Presspublished Financial Democracy, which is an analysis of the economic situation in Russia in relation to England’s own economy. J.H. Willis, Jr’s Leonard and Virginia Woolf as Publishers: The Hogarth Press, 1917-41 (1992) uses Financial Democracy as an example of books with a greater economic context rather than a singular, isolated problem.Shortly after, in 1934, Miller lost her position at the University. Although the legislation allowed for married women to reapply for jobs they previously held before marriage, Miller was encouraged not to do so by the Vice-Chancellor and the rest of the University Council, according to the University of Liverpool’s archives. Concurrently with Miller’s dismissal, the University of Liverpool rescinded its marriage ban. Despite the loss of her job, Miller continued to write and publish books related to the USSR’s economic situation. For example, in 1942 Miller published Labour In The USSR; in 1965, Rise of the Russian Consumer; and two years after that, Economic Development of Russia. Having lived through the Second World War, Miller was able to use her education and knowledge on Soviet Russia to become a research strategist on USSR economics for the intelligence sectors of the UK and US governments.  Miller died on March 4th, 1978 in Belltrees Grove, Streatham, London, a widow of Charles Douglas Campbell. Although Miller faced obstacles in her professional life, she helped to influence legislative and social change for women, working to ensure that married women have equal rights to retain a career.

Miller, Margaret Stevenson. Rise of the Russian Consumer. The Institute of Economic Affairs, 1965.

Miller, Margaret Stevenson. “Reviewed Work(s): Some Problems of Incentives and Labour Productivity in Soviet Industry: A Contribution to the Study of the Planning of Labour in the USSR. By G.R. Barker.” International Affairs, vol. 32, no. 3, 1956, p. 379. JSTOR. http://www.jstor.org/stable/2608209

Waters, Susannah. “Miller, Dr Margaret Stevenson; correspondence and papers relating to Liverpool University’s ruling on the termination of the contracts of women members of the academic staff on marriage.” Archive of the University of Liverpool: Staff Papers, surnames M-O. http://sca-arch.liv.ac.uk/ead/search?operation=full&recid=gb141unistaffm-o-d384

Miller, Margaret Stevenson. Rise of the Russian Consumer. The Institute of Economic Affairs, 1965.

Institutions Margaret Stevenson Miller was involved with include: