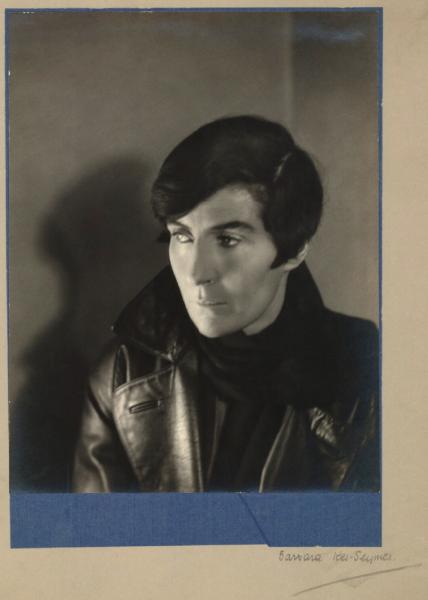 ‘I caught Alix in profile & saw her old, masterly, advanced’, wrote Virginia Woolf in her diary (Diary 2:135-136) and she was right: Alix Strachey was to be come masterly and advanced but her role as one of the first British pioneers of psychoanalysis, as a translator and as a writer is less well known than it should be.

Alix Sargant-Florence was the second child of the English artist Mary Sargant-Florence and the American musician Harry Smyth Florence, who died in an accident only six weeks after his daughter’s birth on June 4, 1892 in Nutley, New Jersey. Subsequently, Mary Sargant-Florence returned to Britain where she conducted a peripatetic life with her children, which led to patchy schooling for Alix until she attended a prep day school in London and then enrolled at the reformist and co-educational Bedales School in Hampshire – an unusual educational concept at the time. The Bedales school archives include evidence of early promise – a fierce intelligence, an interest in physical activity such as cricket and dancing, and a proclivity for modern  languages, which would serve her well as a translator later in life (Bedales Chronicle, 1910, Vol.3, issues No. 9, 12, Vol, 4, issue No. 1 and 1912, Vol. 6, issue No. 3). References to her time at Bedales in her letters are, however, not particularly favourable (Meisel and Kendrick). This was followed by a degree in Modern Languages at Newnham College, Cambridge after a year at the Slade School of Art, where her mother had insisted Alix should go – although she was not interested in an artistic career, despite her considerable drawing talent.

Alix Strachey early on favoured an androgynous look which would make Virginia Woolf call Alix and her close friend Dora Carrington the Bloomsbury ‘cropheads’ (Caine b 2). A striking photograph by Barbara Ker-Seymer (1930s) shows Alix in half profile, in a leather jacket and sporting very short hair.

During part of the First World War, Alix had been trapped in St Petersburg while on a tour of Europe, Finland, and Russia. She learned the language and how to drive a car, but was able to return to London only in 1915 (Caine b 176, Burroway 73). Through her brother Philip, who was later to become a renowned professor of economics, Alix met the Bloomsbury Group as Philip and Alix shared a house on Mecklenburgh Square, in Bloomsbury in London (Burroway 73). It was difficult for Alix to find an outlet for her considerable intellectual abilities and accounts by Virginia Woolf, although at first quite favourable, change as she sees Alix finding it hard to settle on a topic or career (Diary vol. 1, 61; 152). Alix tried her hand at typesetting for the Woolfs' Hogarth Press, but gave it up out of boredom within a day (Strachey 1972 115). Her role as a research assistant from 1917 onwards for his book entitled Empire and Commerce in Africa: A Study of Economic Imperialism (1920) was acknowledged by Leonard Woolf in his prefatory note (Chapman 40), and derided by Virginia Woolf, who at times sounds jealous in her diaries. Virginia Woolf was obviously unsettled by Alix’s sharp mind, and kept a decided distance from anything to do with psychoanalysis (Chapman 43, 44). By that time, Alix had met James Strachey again, whom she had first encountered in 1910 at a Fabian summer school in Wales. She set her sights on him, pursued him with many emotional dramas involved (see e.g. Woolf Letters vol. 2, 326; 369-70), and finally won him. They married in 1920 and remained life-long companions although both also had other relationships. Alix and James Strachey shared having had mothers who were both active suffragists, strong pacifist convictions, an inclination to reverse gender stereotypes, and an initial difficulty in finding an adequate and satisfying occupation. They succeeded ultimately, however, through their encounter with Sigmund Freud (Burroway 74-5).

At first, only James was to be analysed by Freud but after she experienced a kind of panic attack at the opera in Vienna, which may have been a recurrence of earlier depressive crises which had occurred both at Cambridge and in subsequent years (Burroway 71), Alix was also analysed by him. After their 18-month stay in Vienna, they were both involved in translating Freud’s work for the rest of their careers, which would later be published as the Standard Edition of the Psychological Works of Sigmund Freud by The Hogarth Press (1953-1974).

The second key event which would have an influence on Alix’s career and her life was her extended stay in post-World-War I Berlin where she, like a number of other British analysands (Marcus), was analysed by one of Freud’s most trusted colleagues, Karl Abraham, who had set up the Berlin Psychoanalytic Institute and Policlinic in the 1920s (ibid.). Alix Strachey also translated key writings by Abraham, whose premature death in 1925 cut short her residence in Berlin.

From this period stems the standard glossary of psychoanalytical terms which Alix Strachey published, first as a supplement to the International Journal of Psycho-Analysis in 1924 and then as a book entitled A New Glossary of German-English Psycho-Analytical Vocabulary (1943) establishing the scientific rather than metaphorical psychoanalytical terminology subsequently used in the Anglophone world. Her translations of Melanie Klein’s work, the Austrian psychoanalyst whom Strachey first encountered in Berlin and for whose move to England she was crucial, also have their origins in the early 1920s. Not only did Alix and Melanie Klein go to all-night fancy-dress balls together, they also worked extensively on Klein’s English lecture series (Meisel and Kendrick).

Alix Strachey’s interests and talents are documented in her series of letters to James Strachey, who returned to London after travelling with Alix to Berlin. These lively epistles portray post-World War I Berlin, and in many ways, predate Christopher Isherwood’s more famous Berlin writings by more than a decade (Stedman "An Habituée"). Political debate and even violence, drinking, all-night dancing, music, theatre, artists, psychoanalysts, journalists, writers – Alix Strachey encountered, observed and engaged with them all in Berlin’s writers’ cafés. However, she did not only describe this early version of 1920s Berlin, and the institutionalisation of psychoanalysis both in Germany and in England, – the letters also serve as evidence of her considerable talent as a writer. For all their class-bound and at times casually anti-Semitic bias, their ironic, bilingual and glittering style goes beyond many period pieces of Berlin writing, as the following extract written from Berlin’s Café Telschow to James Strachey on 28 December 1924 illustrates:

I’m thinking of my Easter Urlaub. We shall have to make the most of it together […] It will be heavenly to see you again. But I never believed before that I should keep so much of you by writing to you & getting your letters. It’s like a conversation, & I feel you quite near me whenever I write. (That also accounts for the style, which I hope you will graciously overlook; for I simply dash across the paper to you, as much like talking as possible). Are the Russian actors who are playing here next week the real ones, or a part of them? They are called the Moscow Art Theatre, but include no names that I recognize. We’re going to Gogol’s ‘Die Hochzeit’ on Tuesday, so I hope to find out.

Alix Strachey only published one monograph herself, a pacifist psychoanalytical work, entitled The Unconscious Motives for Going to War (1957), at a time when the threat of the H-bomb as well as the Suez Crisis and a possible armed conflict in Egypt was dominating British politics. Her role both as a practicing analyst, albeit of few patients, as well as a translator of various psychoanalytical texts, and as co-translator of all of Freud’s work, has often been overlooked or belittled (but see Khan, also Roazen, Burroway), not least by the editors of the Dictionary of National Biography, who list her only as the wife of James Strachey (DNB). How important her contribution was can be gathered from the Berlin letters but they deserve a wider readership as literary works by an independent flâneuse of the city (Stedman "Restoring Friendship"), beyond the specialist psychoanalytical or translation-history interest.

Alix Strachey succeeded James by seven years and died at the country house she had inherited from her mother, Lord’s Wood, on 28 April 1973.

---. “English Writers in Berlin: From the Cage of Diplomacy to the Gestapo Prison.” Happy in Berlin? English Writers in the City, the 1920s and Beyond, edited by Stefano Evangelista and Gesa Stedman, Wallstein-Verlag, 2021, pp. 95-119.

---. The Unconscious Motives for Going to War, A Psycho-Analytical Contribution. Allan and Unwin, 1957.

The Strachey Papers, including the letters of Alix and James Strachey, are kept in the Manuscript Department at the British Library. Add MS 81885-81972