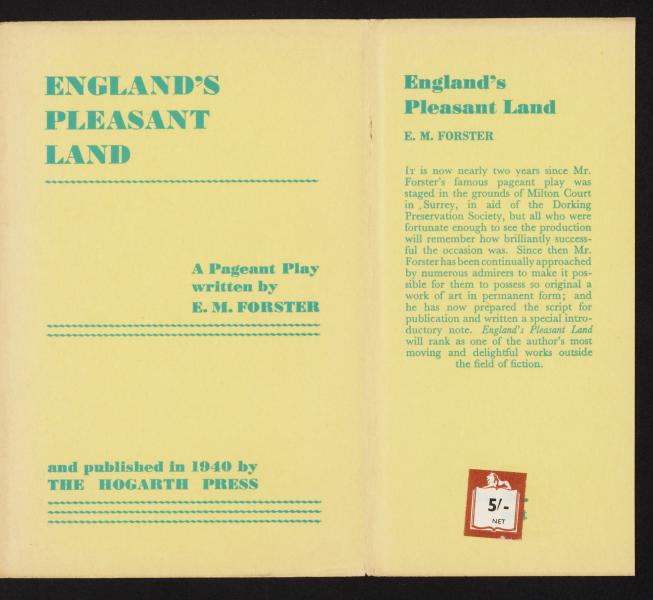 By 1940, Forster had ceased to write novels, and his pageant play concerned with the definition of a traditional kind of Englishness marked by all the clich'd symbols of nationhood, including the pageant play form, itself. The play has received some recent critical attention in an article by Joshua Esty in ELH. Esty places Forster's play alongside other modernist refashionings of this nostalgic genre.