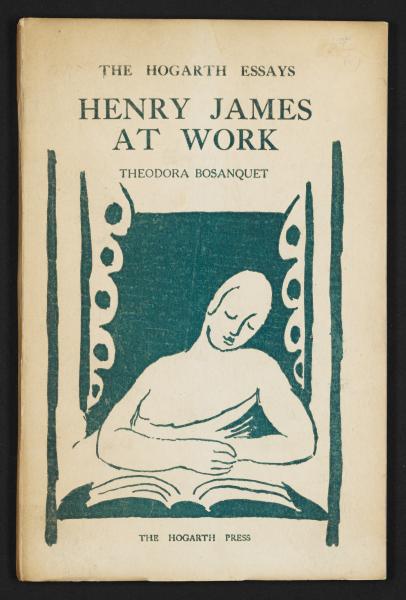 This pamphlet, written by Henry James's secretary and typist, describes his working methods and conditions from Bosanquet's point of view. The focus of the pamphlet is almost entirely on James's eccentric work habits, and in particular his practice of composing his work by speaking it aloud to be typed by his secretary. Bosanquet suggests that this common problem of writing a literary biography, that the subject spends most of his time sitting in a desk, is particularly exacerbated with James, since 'Many men and women whose prime business is the art of writing find rest and refreshment in other occupations. They marry or they keep dogs, they play golf or bridge, they study Sanskrit or collect postage stamps. Except for a period of ownership of a daschund, Henry James did none of these things.' (22)

Woolmer states that this was "the only book in The Hogarth Essay Series to be hand-printed by the Woolfs." 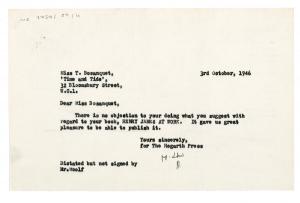 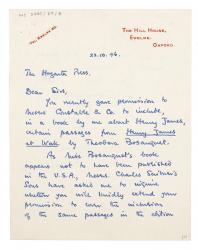 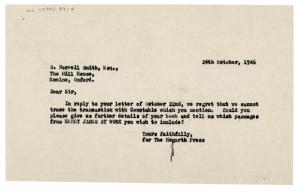 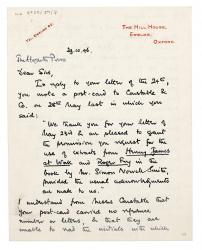 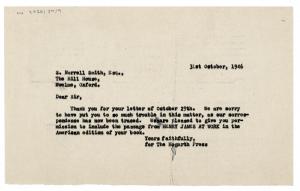