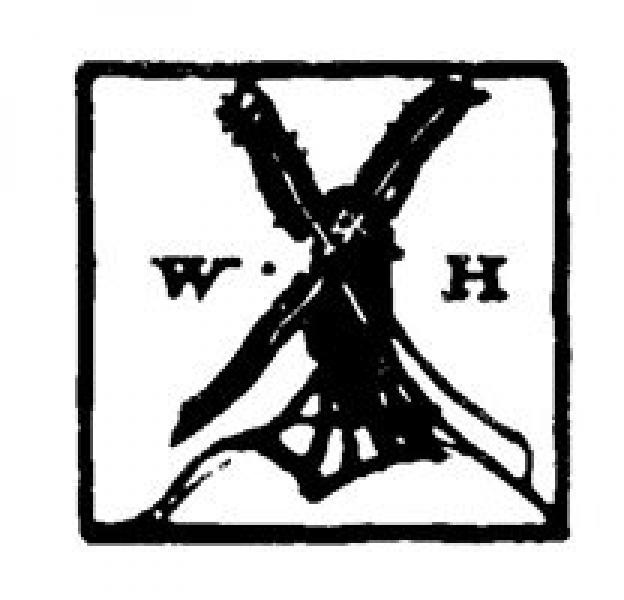 William Heinemann started his business in London in 1890 on the second floor of 21 Bedford Street, after apprenticing at the firm of Nicholas Trübner and travelling through Europe. He had a large affection for continental music, art, and literature, was fluent in several European languages, and was well connected to multiple European publishers. Not fully surprisingly, then, the publishing house would become known for the cosmopolitanism of its list. Heinemann’s first publication, Hall Caine’s The Bondman (1890), was an instant success, and the firm immediately embarked on projects like ‘Heinemann’s International Library’, edited by Edmund Gosse, and ‘Heinemann’s Scientific Handbooks’. The firm’s boldness is shown by their decision to publish books like Sarah Grand’s (Frances McFall) The Heavenly Twins (1893), which had been rejected by several other publishers. William Heinemann had from the start enrolled multiple advisors, and Sydney Pawling, a nephew of the founder of Mudie’s circulating library, became his full-time partner in 1893. From 1897 onwards, the typical windmill colophon – a woodcut made by William Nicholson and given to Heinemann as a present – appeared on the house’s books.

Heinemann’s extensive list shows a wide variety, covering both fiction and non-fiction, and including theatre plays, art books and books of exploration, medicine, and science. The firm was leading in making European literature accessible, for example by commissioning Constance Garnett’s translations of Russian novels by Fyodor Dostoevsky, Leo Tolstoy, Ivan Turgenev and others, and by launching the works of Henrik Ibsen and Bjørnstjerne Bjørnson in English. In the USA, Heinemann collaborated with firms like the New York branch of Macmillan and Putnam’s.

In the 1900s, Max Beerbohm, George Moore, John Galsworthy and Somerset Maugham started publishing with Heinemann, whereas others, like Rudyard Kipling, Henry James, and H.G. Wells, would go elsewhere. In this period, the publishing house embarked on new projects, such as the issuing of the London The Worlds Work on the model of the American magazine. The Loeb Classical Library (1912-), a bilingual publication of Greek and Latin literature with translations in English, which, in Virginia Woolf’s words, recognized ‘the existence of the amateur’ (Woolf 1917: 247), was (co-) published by Heinemann until 1988.

The firm’s owner devoted much of his time to the politics of publishing. William Heinemann critiqued the upcoming literary agent, was a pioneer in publishing single-volume novels instead of three-deckers,  played a significant part in the foundation of the Publishers Association of Great Britain and Ireland, was involved in maintaining the Net Book Agreement, and influenced the American Copyright Bill of 1909. He was the British representative on the international commission of the International Congress of Publishers for seventeen years, and served as president of the Publishers’ Association between 1909 and 1911, and from 1913 until his death of the National Book Trade Provident Society. At the same time, the German name of the firm’s owner would lead to the office being plastered multiple times during the First World War. Like many other publishers, the business had to deal with shortages of skilled labour and of raw materials during this period.

When William Heinemann died unexpectedly in 1920, his partner Sydney Pawling feared for the house’s future. William’s intended successor, his cousin John, had been killed during the war, and Pawling could not afford to buy Heinemann’s share in the firm. By happenstance, the American publisher Frank Nelson Doubleday was around in London and agreed to buy Heinemann’s controlling part of the shares. Pawling retained control of the London business until his death in 1922, when Theodor Byard, Charles Evans, and Arthur Page entered the board of the newly formed William Heinemann Ltd. In the same year, the firm offered to take the Hogarth Press into a kind of partnership (Woolf 1967: 79). Although they were promised complete autonomy to publish or not to publish any book, the Woolfs turned down the offer out of fear for their Press’ future independence.

Doubleday created an additional Heinemann office, the so-called Windmill Press in Kingswood, Surrey, which included a printing press, warehouse, and bindery. It became for many years the venue for board meetings and the majority of the Editorial and Publicity operations. In this way, it was one of the first publishing houses to move their warehouse and administrative centre outside London. The London office was moved to the more spacious location on 99 Great Russell Street.

In the 1920s, Charles Evans was mainly responsible for contracting multiple new promising authors. They included John Masefield, Graham Greene, Francis Brett Young, Edward Upward, and J.B. Priestley. Vita Sackville-West was also under contract with Heinemann, before publishing the majority of her books with the Hogarth Press between 1924 and 1941. The firm took part in the creation of the first British book club, The Book Society, in 1929, and a year later launched an educational list.

Although he had already started to sell part of his shares before, Doubleday withdrew from the business in 1933. The newly-created Heinemann Holdings Limited was again British and effectively owned by the firm’s directors, Charles Evans, Alexander Frere-Reeves, B.F. Oliver, and H.L. Hall. Frere-Reeves got to know authors like Richard Aldington and Thomas Wolfe, and made sure Heinemann would become their publisher. He also convinced Martin Secker to sell the full copyright and stocks of D.H. Lawrence when the latter firm was in financial trouble.

During and after the Second World War the holdings expanded greatly, amongst others through the revival of the Educational Department and the acquisition of Secker & Warburg and Rupert-Hart-Davis. In turn, the investment holding company Thomas Tilling Ltd gradually took over the majority of holdings’ shares at the end of the 1950s. From the 1980s onwards, several acquisitions and takeovers took place. First, BTR Ltd suddenly took over Tillings and soon decided to sell off Heinemann to the Octopus Publishing Group. Octopus merged with Reed International in 1987, and 10 years later sold the adult trade division which included Heinemann to Random House. Today, owned by Penguin Random House, the imprint is still used for literary fiction, non-fiction, and thrillers/crime.

Barkway, Stephen.“‘Oh Lord what it is to publish a best seller’: The Woolfs’ Professional Relationship with Vita Sackville West.” Leonard and Virginia Woolf, the Hogarth Press and the Networks of Modernism, edited by Helen Southworth, Edinburgh University Press, 2010, pp. 234-259.

Nash, Andrew, Claire Squires and I.R. Willison, editors. The Cambridge history of the book in Britain. Volume VII, The Twentieth Century and Beyond. Cambridge University Press, 2019.