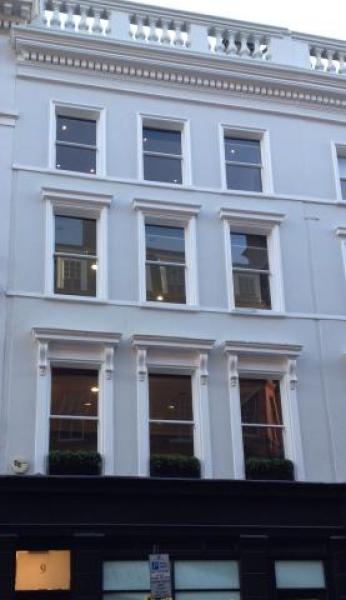 Grant Richards was only twenty-four years old when he created his first publishing house in 1897 at 9 Henrietta Street in Covent Garden. Born on 21 October 1872, he was the son of Franklin Thomas Richards, a Fellow and Tutor of Trinity College, Oxford. Growing up, Richards was close to his uncle Grant Allen, a prolific author most remembered for his bestselling novel The Woman Who Did (1895). It was thanks to Allen that the young man met his first employer, Arthur E. Miles of the wholesale booksellers Hamilton, Adams and Company. Richards then worked for W. T. Stead, publisher of the Review of Reviews.

When he founded his own firm, Richards had nearly a decade of experience working in clerical and editorial positions. A gregarious individual, he also had an extensive network of contacts in London’s literary world. Early on, he published several of Grant Allen’s texts and he showed determination and persistence to extend his list. In 1898, he brought out George Bernard Shaw’s Plays: Pleasant and Unpleasant and a new edition of A. E. Housman’s collection of poems A Shropshire Lad. Samuel Butler also became an important name on Richards’s list, with Erewhon Revisited (1901) and The Way of All Flesh (1903).

Richards launched the World’s Classics, a cheap series of reprints, in 1901. “When I started the series,” he later said, “the trade generally prophesied failure for it. Success, however, was immediate, increasing and continued, and the series might almost be said to be running its rivals off the field” (Richards to Turner & Co, 2 Jan. 1904). Since Richards mainly selected popular non-copyright books, he could not count on the uniqueness of his list. Jane Eyre, the first book included in the World’s Classics, had already appeared in other series. However, as Richard Altick has shown, many cheap series were poorly produced (15). To distinguish the World’s Classics from its competitors, Richards paid particular attention to the material aspect of the books while keeping prices low: “Size five x three-and-a-half inches, their standard bulk-one-and-a-half inches, stamped with a gilt spine decoration by Laurence Housman, they sold at no more than 1s cloth and 2s skiver leather” (Horder 42).

As a small, undercapitalized publisher, Richards was ill equipped to respond to the enormous and unexpected demand for his inexpensive reprints. To sustain the rapid expansion of the series, he went heavily into debt. In 1905, his firm went into bankruptcy. The main part of the Richards estate was acquired by Alexander Moring, who then negotiated with Henry Frowde of Oxford University Press for the sale of the World’s Classics.

Richards then started a new publishing house under the name of his wife, Elisina. By 1908, he was again publishing under his own name. Like John Lane and other enterprising small presses, Richards did not shy away from controversial literature. He offered to take on James Joyce’s Dubliners in 1906, but backed out when the printer objected to certain passages. As Robert Scholes notes, “much of his caution in dealing with Dubliners, as a matter of fact, stemmed from his precarious financial situation at the time” (140). He also took on Robert Tressell's The Ragged Trousered Philanthropists (1914). In his memoir, Author Hunting by an Old Literary Sportsman (1934), Richards recalls the forbidding sight of Tressell's half a million words of hand-written manuscript. Finding the writing both 'damnably subversive' and 'extraordinarily real', Richards agreed to publish the book if Jessie Pope, who had been given the manuscript by Tressell's surviving daughter, could cut it down to 100,000 words. It became a bestseller after the war when Richards brought out a shorter, one shilling edition.

After the First World War, Richards continued to discover young writers, including Alec Waugh and Thomas Burke. He also wrote about food and wine, and the pleasures of the Riviera.

Richards often complained of having little capital and went bankrupt again in 1926. When he died in 1948, the Times described him as “an adventurous publisher” with a “very real instinct for friendship,” “unruffled amiability,” and “handsome attire.” These personal qualities helped him make a significant impact on the publishing business of the early twentieth century.