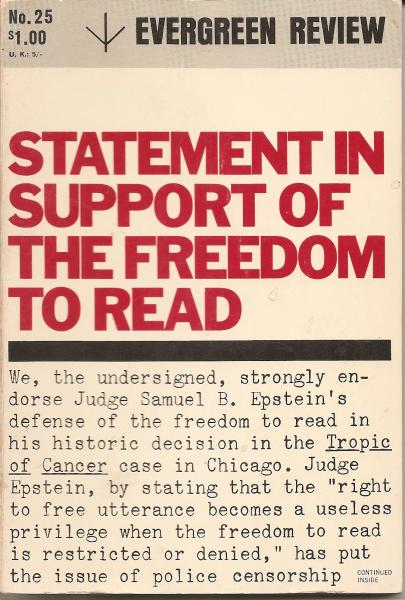 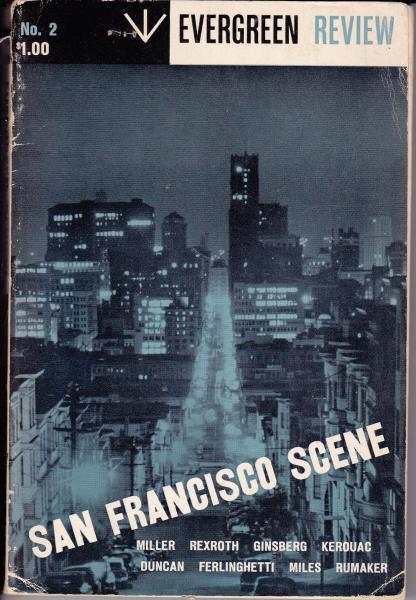 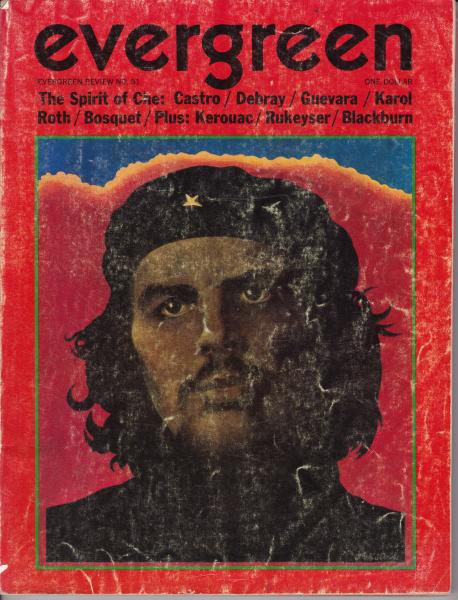 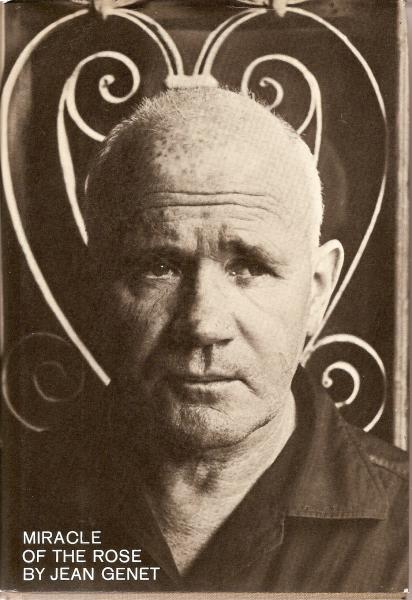 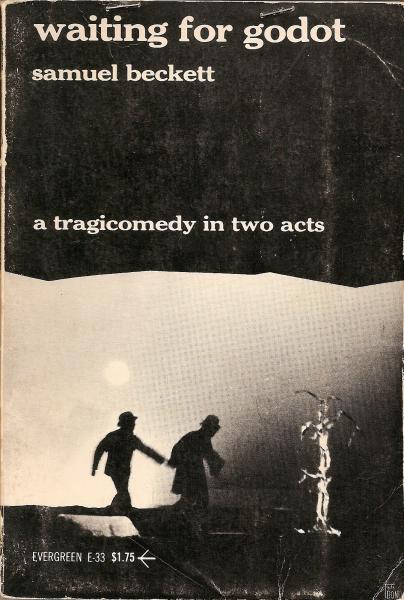 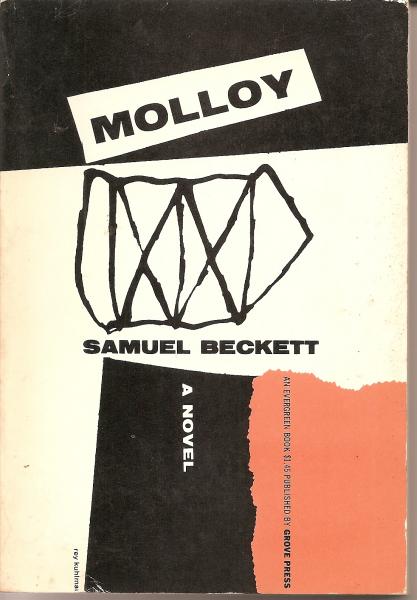 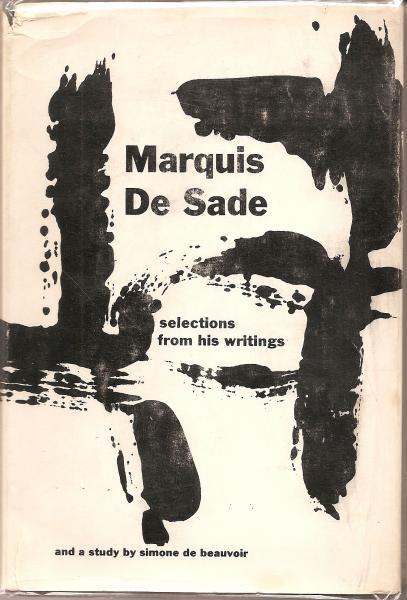 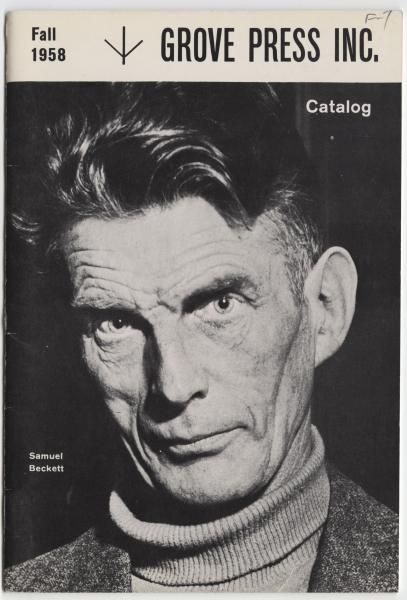 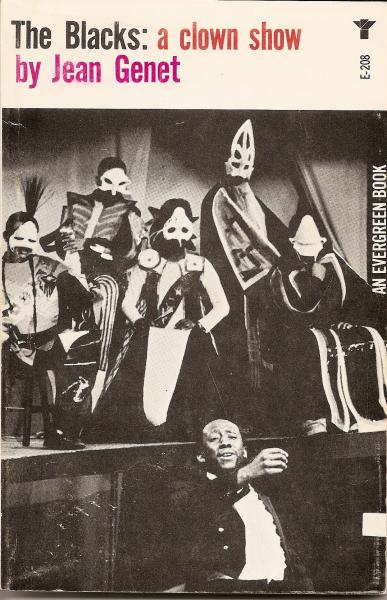 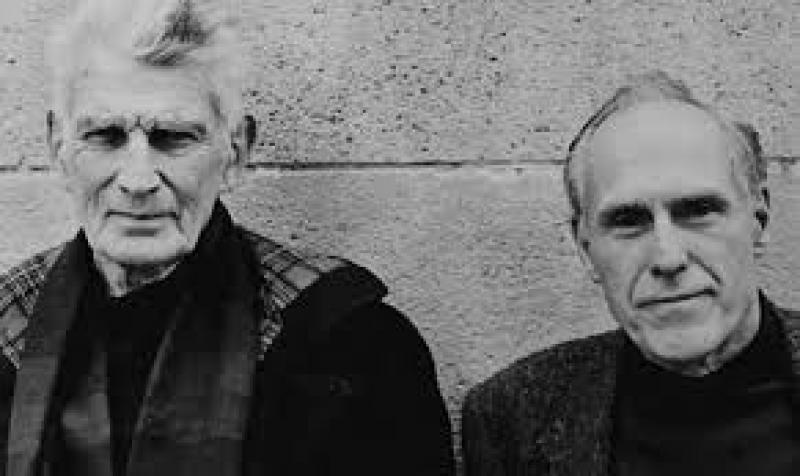 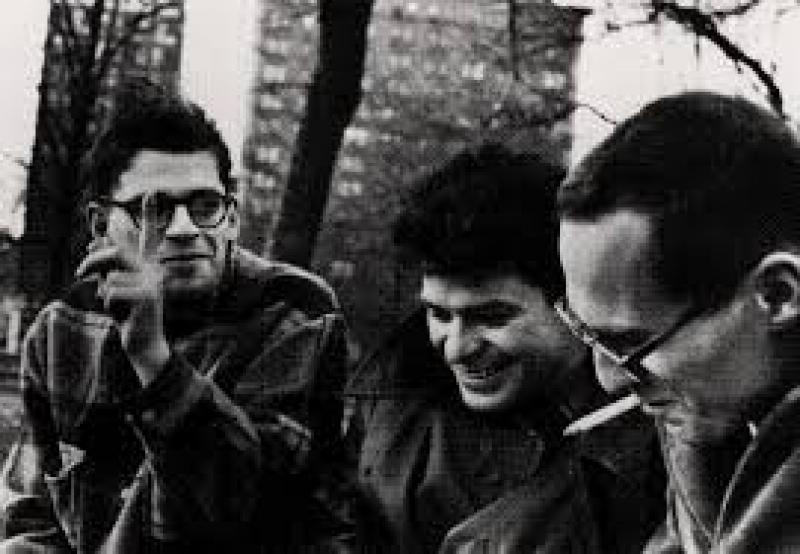 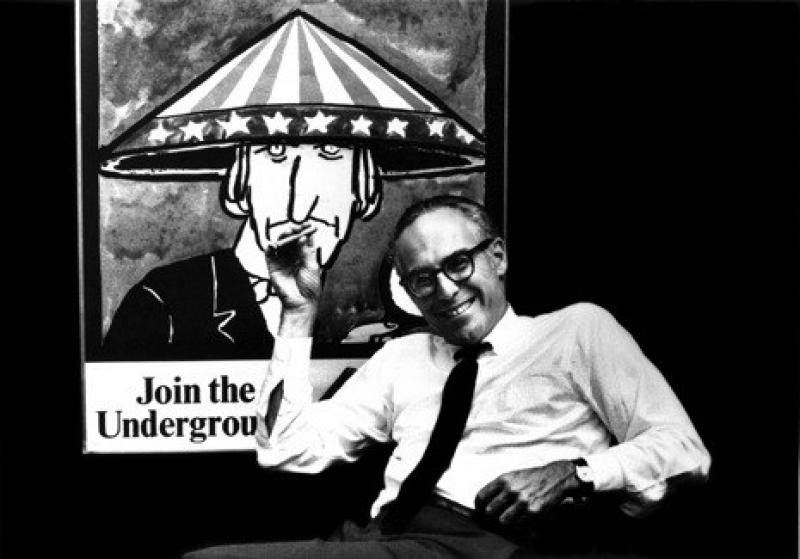 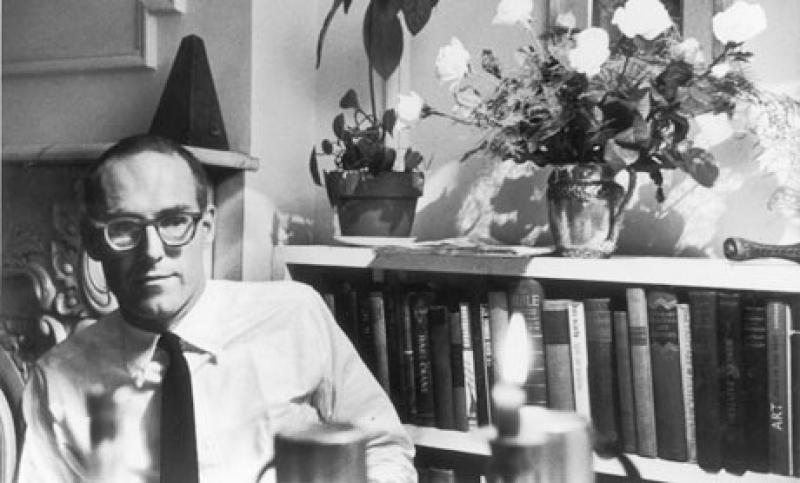 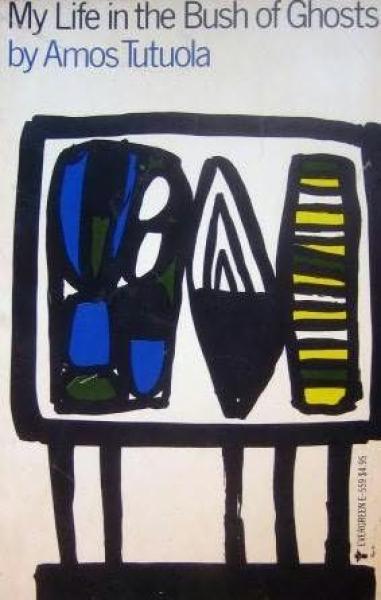 In 1951, Barney Rosset purchased Grove Press for $3,000 from John Balcomb and Robert Phelps, who had named the recently founded company for the West Village street on which it was located in New York City. At the time the press had only issued three reprints, and Rosset was able to carry the entire stock over to his apartment on West 9th street, out of which he would run the company for the next two years. Rosset had purchased the press on the recommendation of his first wife, the Abstract Expressionist Painter Joan Mitchell. It was something of a parting gift, as the couple broke up soon after. Nevertheless, they remained friends and Rosset credits Mitchell with shaping his taste in visual art, which would result in his perspicacious selection in that same year of Roy Kuhlman to design Grove Book covers. Grove would be the first publisher to sport AbEx cover designs, establishing an instantly recognizable style for the fledgling company. Rosset knew little about publishing so he promptly enrolled in a class on the profession taught by legendary Random House editor Saxe Commins. It would be in this class that he would meet Donald Allen, with whom he would collaborate closely, particularly in the early years of the company.

From the beginning, Rosset’s aesthetic tastes and political proclivities were radical, and his title choices reflected this tendency. He was a sworn enemy of censorship and a rabid fan of Henry Miller; indeed, part of his motivation in purchasing the press was to publisher Miller’s Tropics, which were banned across the English-speaking world. Miller’s less explicit work was already being published by James Laughlin’s New Directions Press, while the Tropics were published in Paris by Maurice Girodias’s Olympia Press. These two companies, one of which published highly respected American and European modernist texts and the other of which was notorious for publishing pornography and erotica, were both models for Rosset’s enterprise. Grove’s straddling of highbrow literature and lowbrow pornography can be seen as combining the two sensibilities and business models.

The company quickly outgrew Rosset’s apartment. In 1953, he moved it to 795 Broadway and then in 1959 to 64 University Place, on which it would remain for the rest of the decade. By this time, Rosset and Allen had launched their house journal, The Evergreen Review, as well as their quality paperback line of Evergreen Originals, both on the model of Jason Epstein’s groundbreaking imprint, Anchor Books. The press quickly established a firm reputation as the principal publisher of Avant-Garde Drama, a market the company essentially cornered just at the time that the booming collegiate market for such literature began to expand in the wake of the GI Bill. And the anchor of this reputation was Samuel Beckett, for whom Grove became the sole American publisher. Rosset discovered Beckett through Shakespeare and Co. proprietor Sylvia Beach and shrewdly realized that he could become the company’s James Joyce, a modernist genius whose work would obtain and retain a long afterlife on the backlist once his reputation was established, which it quickly was with the publication of Waiting for Godot.

Rosset remained determined to publish Miller but he proceeded cautiously, beginning with a campaign to bring out an unexpurgated version of D.H. Lawrence’s Lady Chatterley’s Lover. Unlike Miller, Lawrence was a widely respected and canonized author, and Rosset suspected, correctly, that it would be easier to garner professional endorsements for this endeavor, which could be crucial in exonerating the book if it were deemed obscene. The process took over five years but finally, in 1959, Grove came out with the classic text and, after a widely publicized case, which benefited from the recent passage of the Supreme Court Case of Roth v. US, the book was exonerated. It became Grove’s first bestseller and Rosset became something of a first amendment celebrity. The stage was now set for his legendary assault on censorship, which would eventually result in what his lawyer Cy Rembar would call the “end of obscenity” for the written word.

The sixties were Grove’s decade. Most famously, through a series of legal battles across the country following upon the triumph with Lady Chatterley’s Lover, Rosset almost singlehandedly transformed the publishing field. In 1962, he brought out Henry Miller’s Tropic of Cancer, which was the subject of litigation and suppression across the country. Then he published William S. Burroughs’s wildly explicit and openly homoerotic Naked Lunch which, when exonerated in 1966, signaled the end of governmental censorship of print. After that, Grove began to reprint all the major underground literature of earlier periods, starting with the collected works of the Marquis de Sade and working up through Victorian classics such as the anonymously published My Secret Life and The Lustful Turk. In order to ensure that these materials were only available for adults, Grove launched a book club in 1966 with a nationwide campaign to “Join the Underground.”  The club became notorious not only for its salacious titles (many of which were written by Grove employees under pseudonyms) but also for its sloppy bookkeeping and chaotic administration.

Grove also spearheaded titles written by and addressed to radicals of the New Left, starting with a reprint of Edgar Snow’s Red Star Over China and then moving into such revolutionary classics as Frantz Fanon’s The Wretched of the Earth and Malcolm X’s The Autobiography of Malcolm X (which was to be published by Doubleday until his assassination gave the company cold feet). Many of Grove’s radical publications were published under the mass-market Black Cat imprint and were billed as “revolutionary handbooks,” back-pocket guides to insurgency and activism for the burgeoning New Left.

Rosset also began to invest recklessly in cinema, purchasing the rights to experimental and radical films from all over the world and even, briefly, opening a movie theater in downtown Manhattan. His most successful venture by far was the boundary-breaking Swedish classic I Am Curious, Yellow by Vilgot Sjöman, which caused a nationwide sensation and earned the company $14 million dollars in the late sixties. But Rosset was unable to replicate the success and his overinvestment, both monetarily and psychologically, in film contributed to the company’s increasing financial difficulties during this period.

Everything came to a head on April 13, 1970, when a group of women led by radical feminist Robin Morgan took over the executive offices of Grove’s lavish new building on Mercer Street, excoriating Rosset as a sexist pornographer and demanding that the company allow its employees to unionize. The unionization effort eventually failed but the well-timed attack crippled the company both politically and financially. Rosset laid off most of his employees and retreated, with a staff of only 14, to a tiny office on 11th street, out of which he would operate on a shoestring, and with a disadvantageous distribution deal with Random House, for the rest of the seventies. In 1985, he sold the company to Ann Getty and George Weidenfeld, who callously fired him as editor-in-chief in the following year.